The En Suite to the Master Bedroom

This room will never fail to impress us, both in terms of its size and its (almost unnecessary) grandeur.

It is wood panelled and has impressive plaster mouldings. There’s also a fabulous roll-top bath and traditional radiator.

This was the room that needed the least amount of work and we wanted to work around existing fixtures rather than starting again. Therefore the quick makeover only involved:

So, the paint choice? Well, we wanted to paint the walls a claming green, to tie in with the dark green bath and radiator. However, given the substantial amount of dark wood we were slightly concerned it could come out a little too “Mint Vienetta” (yes, we grew up in the 80s!).

So, after various tester pots we opted for Graceful Green by Dulux – not sure how it would look without its muddy brown undercoat but it’s worked for us.

Here’s a closer look at how it looked before: 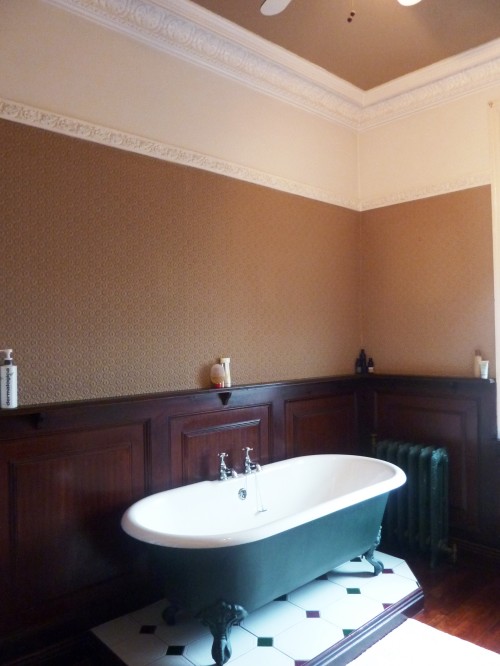 Not the most attractive shade of brown 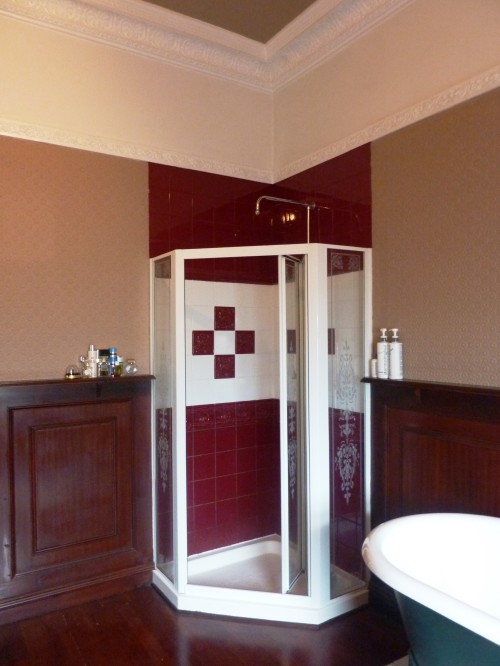 Dark, depressing burgundy tiling – didn’t feel like it went with the rest of the room 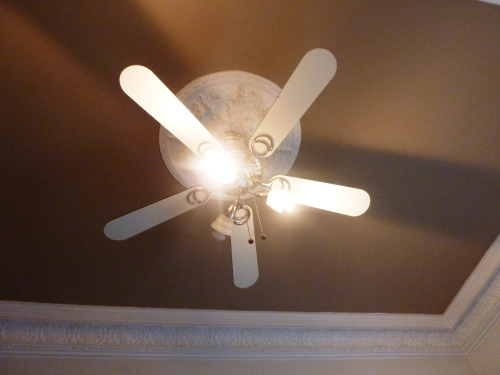 Lying in the bath gazing up at the brown ceiling just didn’t do it for us either! 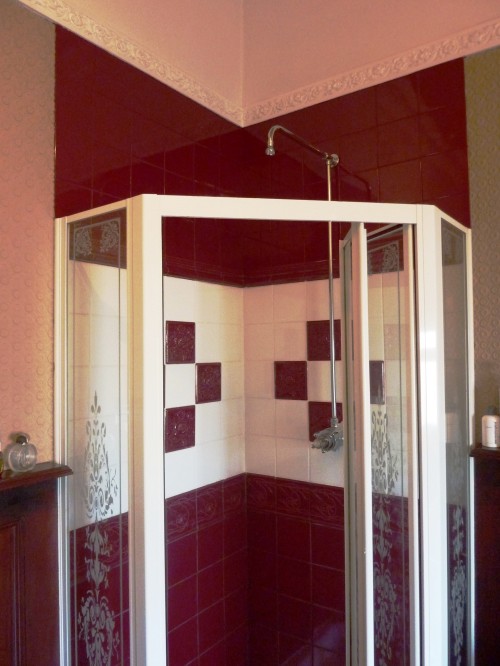 The old shower didn’t actually work. And, it turned out, the pipes were set into concrete, much to the annoyance of our very patient handyman 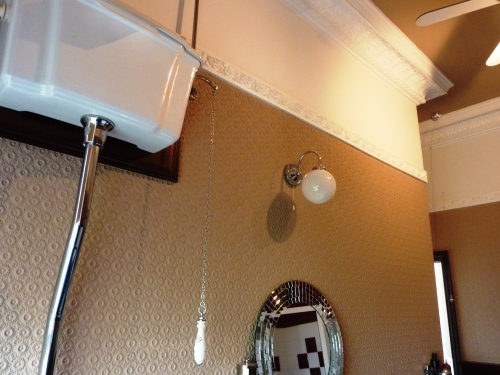 We have a friend who has a phobia of old style toilet flushes – won’t even go into houses if he knows there’s one installed there. So, shhhhhh, or he’ll never visit!

And here’s how it turned out after a little intervention: 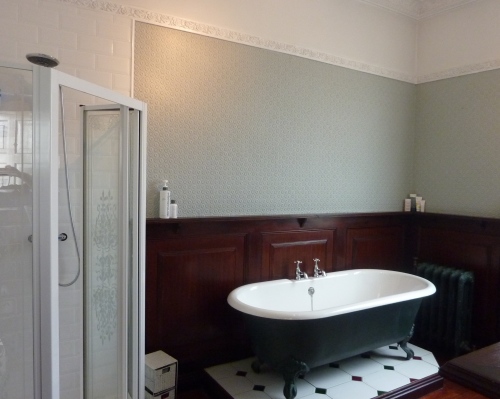 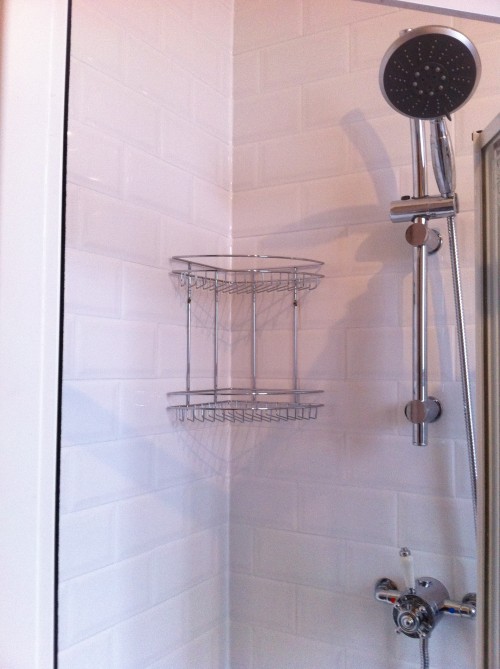 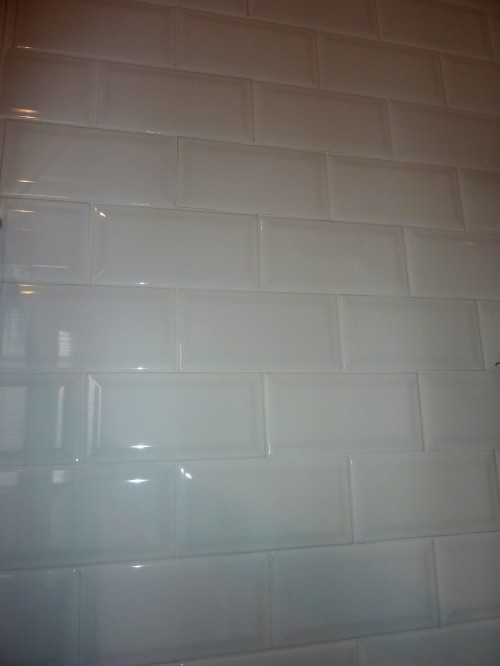 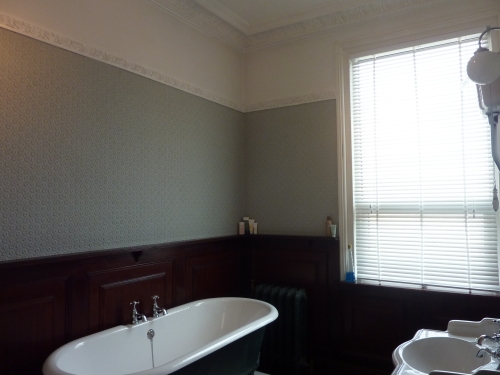 The out-of-keeping patterned frosted glass has been covered with a simple white Venetian blind. One day, we will have shutters – when the budget will allow! 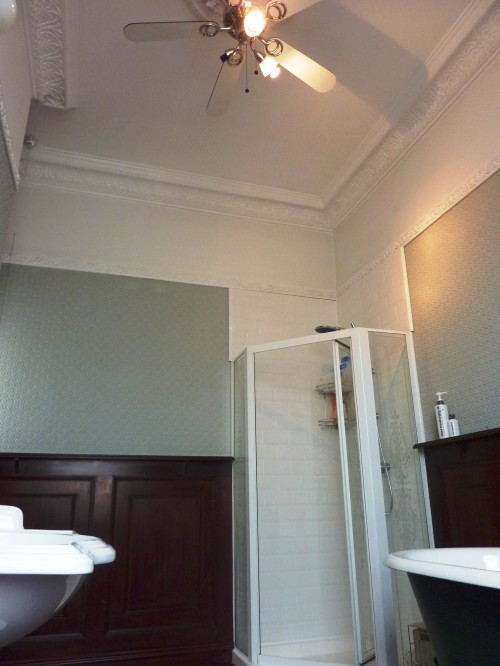 We kept the existing shower doors to save pennies. Also, the enclosure and tray are an unusual size and shape so would’ve been tricky to match it all back up. 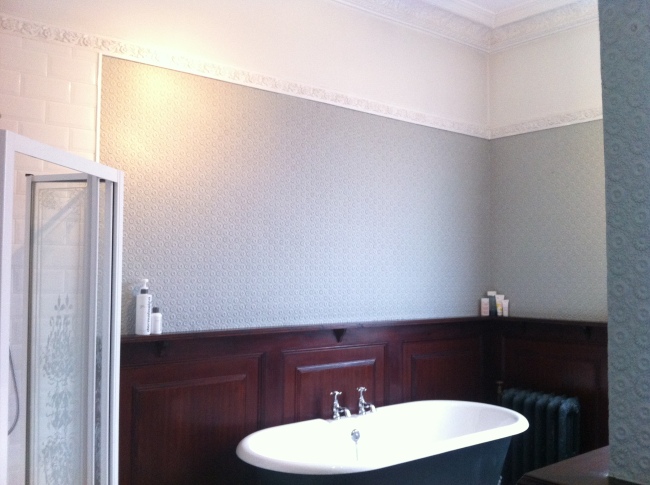 This was a really quick makeover but we’re glad we got it done early on in the project. We need to sort a mirror, linens, storage etc and I think it would benefit from a pop of colour but, for now, it’ll certainly do!

One response to “En suite”